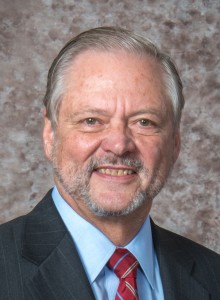 Gordon Meyer has been a driving force behind The Baptist Home Society for over 45 years, first as the Board’s attorney in Newark and later as the advisor and legal council in the transition to the Assisted Living arena. Gordon was primarily responsible for developing The Cliffs at Eagle Rock.

Gordon received his B.A. from Wheaton College and his law degree from Cornell Law School. He has specialized in the care of the elderly both in his law practice and his charity involvements, serving on the Board of Directors of the Holland Home in North Haledon NJ for over 40 years and presently a member of the Board of Directors of The Christian Health Care Center in Wyckoff, NJ.

Gordon was asked to assume the role of CEO of The Cliffs in 2005 by the Board of the Baptist Home Society He characterizes his work at The Cliffs to be profoundly satisfying and the culmination of his desire to make a difference in the lives of the elderly. “ The Cliffs is proud of 125 years of caring for the elderly. We hope you choose to live in a residence where the commitment in your quality of life is embodied in the Mission Statement of our non-profit corporation rather than in the business plan of a for-profit corporation.” 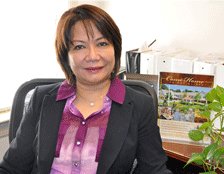 Leni’s career path leading to The Cliffs began with a Bachelor’s Degree in Accounting, a Master’s Degree in Business Administration and a Certified Assisted Living Administrator. Leni began working at The Baptist Home in Newark in 2003, serving as the Bookkeeper for 2 years. When the Cliffs opened in 2005, Leni joined The Cliff’s family as the Business Office Manager and was soon promoted to Administrator January 1,2009.

Leni’s strong devotion to The Cliffs along with her oversight and fine leadership of staff have guided The Cliffs in achieving excellence in all aspects of caring for the elderly. During her tenure, The Cliffs has received numerous industry awards, including Advanced Standing Status and The Caring Star, Award.

“I believe in living by The Cliff’s Mission Statement, by providing the highest level of care to our residents and their families and by giving genuine dignity and respect to the elderly throughout the aging process.” Leni lives in West Orange, is an active member of the American College of Health Care Administrator’s NJ Chapter. 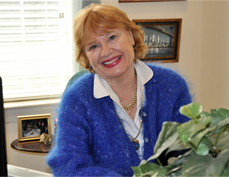 The sense of “family” at The Cliffs is largely fueled by Charlotte’s relentless determination to ensure that each resident feels part of the Cliff’s Community. As an integral member of our management team, she sees the nurturing of staff and residents as a fundamental priority.

Charlotte educational background includes a B.A.in English Literature with Philosophy Honors along with graduate studies in Creative Writing. In 2004, she brought her marketing and advertising expertise to The Cliffs to help lay the groundwork of introducing The Cliffs at Eagle Rock to faith based communities and social providers prior to opening its doors.
Since then, Charlotte has been instrumental in building a thriving community of residents who enjoy calling The Cliffs their home.

In 2009, Charlotte earned the CALA license and was promoted to Assistant Administrator. In 2011, she completed her training as a Certified Dementia Practitioner and in 2012 became an active member of American College of Health Care Administration’s New Jersey Chapter. “We like to think of ourselves here as a family of friends, and we are all committed to going the extra mile for both!”

Socorro is equipped with over 26 years of experience in the healthcare industry as a registered nurse and wellness care coordinator, she is a resource of knowledge to our staff and community. Besides being a certified Infection Control Preventionist, she is also Board-Certified in Gerontology, a Geriatric Resource Nurse, and a Certified Legal Nurse Consultant. 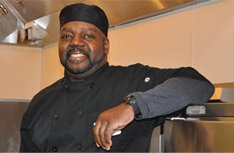 Lee has been a professional in the food industry since 1995, starting as a cook and soon being promoted to Sous Chef because of his flair for preparing international cuisine. As Lee’s career advanced, and he received his Culinary Arts and Dietary Management Certificate along with State Certification.

Lee joined The Cliffs and was promoted to Director of Food Services in 2006. His passion for food service excellence and his talented culinary team have made a difference at The Cliffs with his many creative additions to the residents dining experiences; including International Food Week, family Bar-be-Ques in the Cliff’s Courtyard, Bistro Night, and Saturday Brunch with the Resident’s family,

It is evident that Lee’s energetic spirit for food has made a difference in the lives of the residents at The Cliffs. Lee’s motto is “Compassion and Team Work is the recipe for all success.” 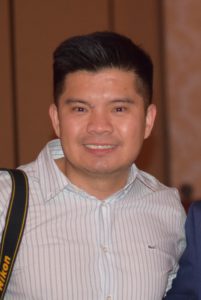 With close to 15 years of service at The Cliffs, Marvin has been a tremendous asset to The Cliffs. In 2008, Marvin joined The Cliffs team as a bookkeeper. With his diligence and passion for learning, he was soon promoted to Business Office Manager, overseeing the daily operations in the business side of the organization.

As a busy body, Marvin likes to tackle many tasks to break his routine desk work. Throughout the years, he has assisted and worked closely with the former Director of Environmental Services, Mark Rivera. When Mark retired in 2020, he assumed the Directorial position for the Environmental Services department. Marvin’s academic background in Engineering and experience in I.T. fuels his problem-solving attitude. That mindset along with his passion for learning ways to improve the facility sets a standard that makes The Cliffs a safe and comfortable home for the residents. “The Cliffs isn’t just a workplace; it is my second home.” 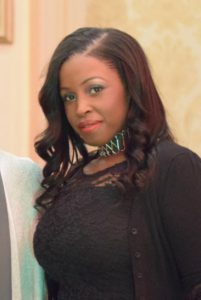 The Cliffs resident social life is busy and colorful. Thanks to the hard work and dedication of Monica, who draws out the monthly activities’ calendars of the Assisted Living and Haven side of The Cliffs. Each activity is carefully and thoughtfully planned out to cater to residents’ needs and wants. Monica enjoys providing fun, stimulating, and educational activities to residents to promote physical and brain health.

Monica’s journey began in 2003, when her grandfather was diagnosed with Alzheimer’s. It was then that she took a step to gain a better perspective on dementia. Her initiative to learn led to taking courses about dementia, which ignited her passion. Throughout her 25 years of experience in LTC, 17 of those at The Cliffs, Monica became a member of the Alzheimer’s Association Advocacy and holds a certification in the following areas: Certified Dementia Care Practitioner, Certified Dementia Advanced Care Practitioner, and Certified MEPAP for Activity Professionals. Monica also completed training in Behaviors in LTC and Master Training Teamsteps. Monica continues to educate herself with modern ways on how to cater to our residents needs through Activities Professionals Continuing Education. For Monica, her work at The Cliffs is fueled by her love for the residents and is shown through her ways of creating a therapeutic environment for them. As she put it, “The Cliffs is my home, and the residents are my family.”